There are endless discussions about what is the best defensive ammo to use.  There are an equal amount of videos trying to prove what the best is, show ballistics gel performance and such. There is no end to data to make a difficult decision even more difficult.

Once you have made that decision, it’s really important that you test your chosen ideal defensive ammo in YOUR weapon.  It doesn’t matter what results the YouTuber got with their gun if the performance is not the same in your gun.  Now a lot of people will say ammo is ammo.  It should be the same in all guns.  But that just isn’t true.

I took the age-old advice that I had been just giving a nod to before and not paying any attention.  In this highly unscientific test, I fired 3 types of ammunition through my Walther PPX.  For each type of ammo, I loaded a magazine with 10 rounds and at 7 yards, I fired a rapid string at what I considered my fastest pace to still be accurate at that distance.  I can’t get accurate times for you because I shoot at a busy indoor range.  I repeated this test on two different days to rule out variables such as being tired that day or just having an off day.

Again, I repeated these results on two separate days to confirm it wasn’t just me.   The PPX just did not like the Winchester Defend ammo.  I also conducted tests on my Walther PPS (I was hoping to use the same ammo for both firearms) and saw similar results:

As you can see, I got very similar results on both firearms.  From these results, I could see that I definitely don’t want to use the Winchester Defend in these two Walther pistols.  They don’t like each other.

The morale of this story is – whatever ammo you settle on, for whatever reasons you choose it, make sure you test it in your weapons and make sure they play well together. It doesn’t matter whether you’re talking about a pistol, a carbine, a shotgun or anything else – test, test, test.

Accuracy is critical in a defensive situation, where they say you will lose anywhere from 20 to 50 percent of your skill.  Make sure your ammo is working for you and against you.  After spending hundreds or even thousands of dollars on firearms, equipment and training.  Spend the extra $20 to $50 to make sure everything works the way it should. 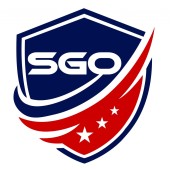 Advice from a Sheriff